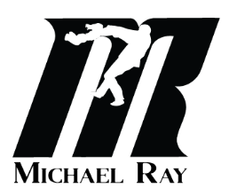 Becoming a Dad at the tender age of 49 was a shock in itself, and two years after that– an even bigger shock - that he found himself as the sole parent to his beautiful baby girl - Charlie.

While on his quest to fill their days with the amazing, the wonderful, the informative and the FUN, Michael noted how difficult current norms made the role of ‘dads as primary caregivers’. From having no change tables in men’s bathrooms, being barred from backstage at Charlie’s ballet concert and being asked questions about his ability to cope with raising a child!

Michael speaks about his insights from his personal journey raising his daughter and the profound impact being a solo dad has had on his outlook.

He conveys his important message to organisations and individuals, brimming with concrete, actionable research and guidance with a passion that inspires. (He also has a breadth of dad jokes!)

Michael addresses the gender and societal roles that are no longer applicable and the negative impact on organisational, business and personal outcomes. He speaks straight from the heart and his ability to connect, resonate and inspire people is obvious.

“When society regularly talks about fatherhood in the same glowing terms as motherhood inertia will be broken, when men are recognised and admired for their nurturing and raising of the next generation instead of their income, position or power, a paradigm will finally shift. When men are held equally responsible for raising the next generation, women will achieve true equality in the workplace. It's time to move from outdated gender & societal roles that are limiting ALL of us. I'm a solo dad to my   daughter and my daughter deserves better than we are currently doing!”

Numerous  TV and radio appearances and regularly providing comments to news outlets, he has been featured in a number of both local and international publications and podcasts and would make a great contribution to your next conference, publication or panel.

“Once in a blue moon, a special someone crosses our   path, without knowing they present as a teacher in our lives showing us how   we can be better people.” (Kiddipedia)

Michael and Charlie’s story gained quite a bit of media traction, from breakfast radio and online news too, naturally, assorted social commentary. All of which bemused Michael himself as he was, in his own words, “only doing what other dads would do” – and that is, to look out for their child’s best interests. (thedadwebsite.com)

“Another excellent piece from solo dad of daughter   Charlie as he explores the changing perceptions of parenting for moms and dads. Such a beautiful blend of humour and reality”. (Maggie Dent)

“With an exceptionally big heart, his attitude and   approach to fatherhood are remarkable. Through his stories, we look forward   to seeing how Michael can inspire all of us to live from the heart and without reservation despite the challenges or obstacles life can throw   us”.

“For moms and dads everywhere, Michael is an   inspiring force who is showing us that love is love, no matter who is doing   the parenting.” (Babble.com courtesy of Disney™)

“This is a poignant, powerful and honest read from solo dad about the relationship between dad and daughter. I recommend all   parents take the time to read this one….I needed a tissue”